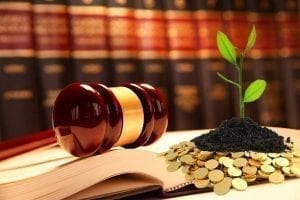 “My ex has never worked, why should they get half my super?”

While defined benefit formulas vary from fund to fund, they are usually based on a combination of factors such as:

Distinguishing Superannuation from other types of Property

However, while this case gave preference to the two pools approach, it noted that there is nothing to prevent a Court, in the exercise of its discretion, from including superannuation within the larger asset pool and taking a global approach to the division of property.

The primary thing to remember is that there are no hard and fast rules when it comes to the division of superannuation in Family Law matters, and each case is based on its individual circumstances.

There is no automatic 50/50 split of superannuation, nor is a spouse who has solely contributed to the superannuation automatically entitled to retain 100%.

Historically, the position was that if one party entered a relationship with significant assets, their entitlement to solely retain these assets eroded with the length of the relationship.  This is referred to as ‘the erosion principle’ (In the Marriage of Money (1994) 17 Fam LR 814).  In more recent times however, the Family Court has moved away from strictly applying this principle when it comes to superannuation interests.

In Pierce & Pierce [1998] FamCA 74 [28] the Full Court held that it is not so much a matter of ‘erosion’ of contribution, but what weight should be given to the initial contribution, against all other relevant contributions of both parties in determining what would be a just and equitable division.

For example, the parties in Ilett and Ilett (2005) FLC 93-221 had been separated for 8 ½ years at the time of the Trial.  The Full Court held that the parties’ contributions up to the date of separation were equal, however that post separation the Husband’s contributions were greater and took this into consideration when making the overall percentage adjustment.

There are varying approaches with respect to valuing and determining the division of superannuation assets in Family Law matters.  While the case law does set out principles that apply when considering divisions of superannuation, each case is still approached and determined based on its own specific circumstances.

How we can help

Our Accredited Specialist, Vicki Kelly and the Family Law Team have extensive experience with helping many clients through family law property matters, involving all types of superannuation.  If you would like further information, please contact: