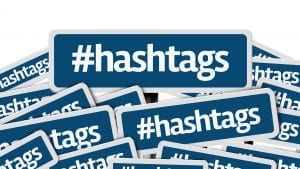 It is nearly 10 years since the humble “#” symbol, which up till then was commonly known as “the pound key”, got a new lease on life.

It was first used in a social network context, in 2007, to classify and define posts into clickable and searchable terms found within that publisher’s site. The “hashtag”, as it is now known, is now prolific across other major social networks platforms including Twitter, Facebook and Instagram.

Put simply, a “hashtag” is the “#” symbol followed by any word or words (real or made up), which are joined together, without any spaces between the words. Hashtags can be used to:

Can you trademark a hashtag?

As a widely used tool on social media, hashtags are now such an important element of social media strategy and greater content marketing efforts that they are not only functional, but also provide a commercial value. This commercial value of a hashtag has been recognised not only by savvy marketers, but also by trade mark offices.

Generally speaking, a trade mark is a letter, number, word, phrase, sound, smell, shape, logo, picture and/or aspect of packaging, which is used to distinguish the goods and services of one trader from those of another.

A registered trade mark gives its owner exclusive rights to commercially use, license or sell it for the goods and services for which it is registered.

Therefore, if a mark consists of the “#” symbol, or the term ‘hashtag’, combined with wording that is merely descriptive or generic for the goods or services, the application ought to be refused – for example, “#music” for musical equipment.

On the other hand, if the hashtag sought to be registered is able to distinguish goods or services provided by a person from another, then that hashtag ought to be capable of being registered as a trade mark, on the basis that it does not fall into any of the exclusions in the Trade Mark Act.

An example of a registered hashtag in Australia is “#SYDFEST” which was registered as a trade mark in 2013.

Could you be sued for using someone’s registered hashtag?

This will depend on how you are using the registered hashtag.

Given the unique function of a hashtag, owners of registered hashtags often want other parties to use the hashtag, in order for their goods or services to “trend” and reach a wide audience.

From a practical point of view, the use of a hashtag in its usual way, i.e. to “join the conversation”, is unlikely to attract an infringement claim as using the hashtag in this way is not “commercial use”, which is a necessary element of trade mark infringement in Australia.

However, if the user makes it appear as though there is somehow an affiliation with or sponsorship by the trademark owner, when in fact there is not, then it is likely to be problematic.

How we can help

If you have any trade mark or intellectual property related questions, please contact Juliana Ng on jng@mtpartners.com.au

Juliana is MTP’s resident IP specialist and holds a Master of Laws from University of New South Wales, specialising in Innovation Law (IP) and Media and Technology Law. She has represented clients in a variety of trade mark related matters, both litigious and non litigious.