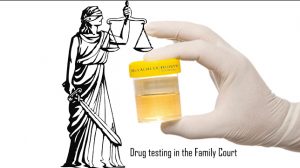 The Family Court has, in Hogan & Hogan [2008], held that that a parent’s potential drug use or dependency is a highly relevant matter for consideration in determining a child’s best interest and that whilst drug use does not lessen a parent’s love for a child it does lessen a parent’s ability to care for a child. For example, abuse of prescription and illicit drugs by one parent may place the children at risk of harm or abuse, through inadequate supervision or the risk of violent or erratic behaviour triggered by the drug use. Where allegations of drug use are made in family law proceedings the Court has the ability to order a party undertake drug or alcohol

When proceedings are commenced in either the Family Court or Federal Circuit Court, parties must notify the Court, through mandatory forms, of any allegations of abuse or risk of abuse or family violence which the children may be subjected to as a result of the other’s parent’s behaviour (including drug and alcohol abuse).

In cases where one parent raises allegations of drug use by the other party, which impacts upon their ability to care for the children and/or places them at risk of harm the Court may order one or both parents to undertake drug and alcohol testing.

Which forms of tests are most common?
The type of drug and alcohol testing will largely be determined by the substances alleged to be abused by the parent.

If it is alleged the parent is abusing alcohol ordinarily the parent will be ordered to undertake an ordinary blood test (which are usually indicative of recent abuse) or a liver function test (which can evidence historic alcohol abuse).

In more recent years the Court has moved towards hair follicle testing as this form of testing may provide the Court will evidence about a parent’s drug use over time as opposed to urinalysis testing which only provides evidence in relation to a party’s recent drug abuse. If hair follicle testing is ordered, the Court will typically restrain a parent from colouring or cutting their hair for the duration of time the tests are to be carried out.

How is Testing Carried Out?

Typically, the Court will order random drug testing, with parties to undertake drug and/or alcohol testing within 24 hours of receipt of a written request to undertake such testing. This process ensure that the party has no knowledge of when they will be required to undergo the testing, which in turn avoids them having the ability to prepare for such a request in an effort to manipulate the results.

In cases where one (or both) parents raise allegations of abuse or risk of abuse of family violence the Court may appoint an Independent Children’s Lawyers (“ICL”) to represent the children and assist the Court to determine arrangements in their best interests. Where an ICL has been appointed, the Court will require the ICL to issue the request to the parent or parents. If no ICL is appointed, the request may be made by the parents (through their legal representatives).

Ideally, and subject to the Orders, testing should be undertaken in accordance with the Australian and New Zealand Standard AS/NZ 4308:2008 which requires chain of custody testing. Compliance with this standard again avoids allegations the party undertaking the test has manipulated the results of the test.

How Long Can Testing Be Ordered? Drug and alcohol testing may continue for as long as the court considers it necessary in order to determine the safety and best interests of the child.

Who Meets the Cost of the Testing?

Generally, the costs of alcohol and/or drug testing are required to be paid by the party being tested, although this can vary depending on the individual circumstances of the case.

If you have a query relating to any of the information in this article, or you require advice with regard to the use of drug testing in family law matters, please don’t hesitate to get in touch with one our Family Law Team at McLachlan Thorpe Partners: