TILL DEATH DO WE PART (OR MAYBE LONGER)

What happens if I died before my Family Law proceedings are finished?

If I die before my Family Law matter is complete does my ex get everything?

If a spouse party to family law property proceedings, dies before the proceedings are completed, the proceedings may be continued by or against the legal personal representative of the deceased party.

So, this means that if there are already property proceedings on foot before the Court between a married or de facto couple, and one of them dies, the proceedings do not necessarily die with them.  Instead, the deceased’s legal personal representative (on behalf of their estate) can step into the deceased person’s shoes.

If a final property adjustment order is made, then the proceedings are considered complete.  So this power does not extend to any further proceedings that may be brought, such as appeals.

Can the legal personal representative always continue the proceedings?

The short answer is no.

While the deceased’s legal personal representative may continue the proceedings, this is only in circumstances where the following applies:-

If the Court makes an order with respect to property, it may be enforced on behalf of, or against the estate of the deceased party.

This case concerned the breakdown of a marriage, and a relationship between the parties which was almost 19 years in duration.

The Wife commenced the property proceedings, and while those proceedings were on foot, the Husband murdered her.

Following the Wife’s death, the Wife’s legal personal representative then sought to intervene in the family law property proceedings and the Court permitted the continuation of the proceedings.

The Court found that it would have made an order in the Wife’s favour had she not died, and that it was still appropriate to make such an order. The court acknowledged that no section 75(2) factors (‘future needs factors”) could apply to the Wife given that she was deceased, and that no such factors were relevant to the Husband.  The Court found that it would not be just or equitable to give him the benefit of such factors, given that he murdered the Wife.

The ultimate division of the property pool was 65% to the Husband and 35% to the Wife (which went to her estate).

Is the situation the same for both married and de facto couples?

Since the commencement of the Family Law Act 1975 (Cth), various amendments have significantly bridged the gap between the entitlements of married couples and those of de facto couples.  However, it must be remembered that the Court has no ability to make property orders if a de facto relationship that has not broken down. The Court does however have the ability to make property Orders in a married relationship that has not broken down.

So the relevant question then becomes, can someone commence property proceedings in the Court on the expectation that their partner will die, if their relationship has not yet broken down?

In the circumstances of married couples it seems that this may be possible, however the situation for de facto couples is far less certain.

There have been 2 cases in which the Court has decided this question in relation to de facto couples, and both decisions were different in the first instance.  Unfortunately however, this question has not been considered by the Full Court of the Family Court on appeal, as both cases resolved before the appeals where determined.

The de facto Husband was very sick and aware of his impending death, so in December 2012 he made a Will which left the bulk of his wealth to the child of the relationship (or for the benefit of the child of the relationship).  The Will provided the de facto Wife with $150,000, however that gift was conditional upon her not challenging the validity of the Will, and on her not obtaining an order against him in Family Law proceedings.  There were no family law proceedings pending at the date the Husband made his Will.

The de facto Wife initiated property proceedings in April 2012, seeking orders for an alteration of property interests and Orders for maintenance.  However, at the time the de facto Wife filed her original Application, it was her evidence that the de facto relationship was continuing and had not broken down.

Then, in November 2012 she filed an amended Application, and that Application contended that the relationship had broken down in June 2012, after the proceedings had been initiated.

The de facto Husband died in February 2013 and his personal legal representative was substituted into the Court proceedings on his behalf.  The de facto Husband’s personal legal representative argued that the Court had no ability to make the Orders sought by the Wife, because at the time she commenced the proceedings the relationship was still intact.

The Court found that it had no ability to make the Orders sought in the de facto Wife’s original Application because, at the time of filing, the de facto relationship had not broken down.  The Court found that the attempt by the Wife to amend her Application in November 2012, after the breakdown of the relationship, did not cure the defect (ie she would have needed to discontinue the original proceedings and commence fresh proceedings after the relationship had broken down, but before the Husband’s death).

The determination by the Court in this case resulted in a complete end to the family law proceedings, and at that time the de facto Wife was not able to commence fresh proceedings because the de facto husband was already deceased.

As a result of this amended Application, the question as to whether the Court had the ability/jurisdiction to make an order in relation to an adjustment of property interests arose.

Unlike the finding of the Court in the abovementioned case of Hayes & Eddington however, the Judge in this case did not agree that the de facto relationship was required to have broken down at the time of the filing of the original Application.

Instead, the Judge found that the question as to whether the Court had jurisdiction to make orders in a de facto relationship, did not arise at the filing of the initial Application, but rather at the time a determination was made by the Court.

The Judge found that if immediately upon receipt of the Application, the de facto Husband objected to the Court having jurisdiction, the Court would have had to make a finding in relation to whether the relationship had broken down. But that did not occur.

The Judge referred to the decision in Hayes & Eddington and the finding that once the proceedings had been commenced without jurisdiction, that the defect could not be cured by the filing of an amended Application and disagreed with this finding. Instead, it was found that jurisdiction does not come from the filing of the original Application, but from the Court being satisfied that the parties’ relationship had broken down.

The Court in this case found it conceivable that by the subsequent issuing of the amended Application, that jurisdiction may become alive by virtue of the requirements of the Act.

So it seems the ability of de facto parties to commence property proceedings, prior to the breakdown of the relationship, but in circumstances where separation then occurs before the death of one of the parties, is like many of life’s great questions, one that remains unresolved. 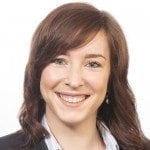