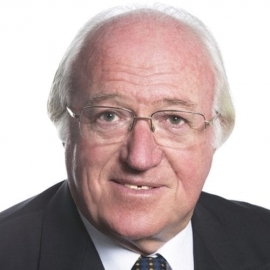 Richard Chadwick was a partner of the national law firm Corrs Chambers Westgarth and its constituents from 1970 to 1997. He acted for and in transactions involving public listed companies, banks, government instrumentalities and a number of private companies and individuals. Richard developed an extensive general commercial experience as a director of various public and private companies operating in the retail, rural, investment and resource sectors.

He remains a director in Australia for the multi-national Ferrero Group since being associated in 1974 and a Trustee Director of the Tony and Lisette Lewis Foundation for the propagation and preservation of wildlife in Australia.

Since joining McLachlan Thorpe Partners, Richard has overseen the succession and estate planning requirements of his clients and pursued the interest in the setting up and administration of trusts.

Richard has been a Trustee and honorary solicitor for the National Parks and Wildlife Foundation of NSW between 1992 and 2001 and as a Trustee of the St Luke’s Hospital Foundation from 1993 to 2002.